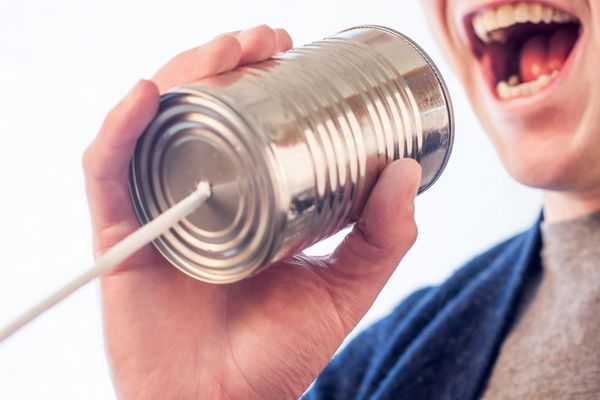 We overcome by the blood of the lamb and the word of our testimony. - Revelations 12:11

I was once taught to “never let them see you sweat”. As I was learning my faith and on the path to recovery from addiction, I believed that it was important not to let people know about my past, lest they judge or be upset by it. I was hiding my past in hopes it would heal on its own.

Then, in an AA meeting once, I shared briefly about how it was hard for me to pretend that my past didn't haunt me, that I had it altogether and that my future was bright. Truth is, I was terrified of relapse and going back to my old life. I didn't have anything together in my current life, I was a mess and because of that I was worried about my future. I was pretending to be someone I wasn’t and it was driving me crazy.

Once I was finished speaking, an old man leaned over to me and whispered 4 simple words that changed the way I spoke about my past forever. As it turns out, this phrase is actually something of a cliche in recovery circles but their truth is undeniable.

That is to say, whatever we hide from has the potential to hurt us.

If you’ve ever had a cut or abrasion you’ll remember your mother giving you some pretty clear instructions around treating the wound. The first step is to clean it; you’ve got to get the bacteria out of an open wound in order to prevent infection. Then you’ll need to dress the wound and whether that means stitches or a simple bandage, you need to close the wound to allow the tissue to begin to heal. After some time, the wound must then be uncovered and exposed to the elements. You cannot keep a wound covered forever or you, again, risk infection.

Often times, people in recovery think it’s important to keep their past struggles hidden because it could hinder us further down the road… and that’s a totally normal response. Often times when people hear about my previous life as an addict they are confused and even disgusted. I’ve definitely had my feelings hurt a time or two when people find out what a bad person I was.

Sharing my past, helps me to remember just how far I have come and how great God has been to me. More importantly, sharing with transparency gets everyone I talk to involved in my recovery. Whether they like it or not, everyone who hears about my 15 year battle with drugs and alcohol now has an intimate knowledge of what my failure did and can look like… and that helps to keep me accountable. I could keep my past a secret but if I fell back into it, people wouldn't really know what I was going through. The more people know about my wounds, the more people I can count on to say something or do something should things go bad.

In my case, no secrets mean less chance to get sick again.

The same things can be said about leaders. Many leaders believe it’s important to keep our wounds hidden forever. God forbid someone see our imperfections and then use them against us or think we’re less capable, less gifted or… GASP… less anointed because we’re human. This is so common for spiritual leaders that many of us insulate ourselves from the real world with people we can “trust with our secrets”… put in this context, that seems very unhealthy, doesn't it?

The real problem for leaders and their wounds is not that people would use those wounds against them, it’s that by hiding those wounds they prevent themselves from being their authentic, human selves. When leaders hide their failings they create a false sense of self that they now must live up to and when they don’t live up to that image, they have no one they can confide in. Imagine, being imperfect, flawed and dying inside but being forced to fake it. That’s one reason so many leaders burn out.

In this instance, keeping things a secret leads not to sickness but death.

Maybe you have something in your past that you’re ashamed of. Maybe you have a history that shocks other people and maybe you’ve believed the lie that you can't share that with others. Stop believing the lie. Your wounds need to heal but once that process has begun, they also need to see the light of day, to air out and breathe. Keeping things hidden for too long will only cause you undue stress, shame and eventually sickness. Bringing things out in the open helps us address our past and move on from it.

Jesus came that we might have life and have it more abundantly. The means, you are allowed to live to the fullest, without regret, guilt or shame. There’s no need for those emotions in Christ. We overcome, because of Jesus life, death and resurrection AND our own story. So start telling yours!